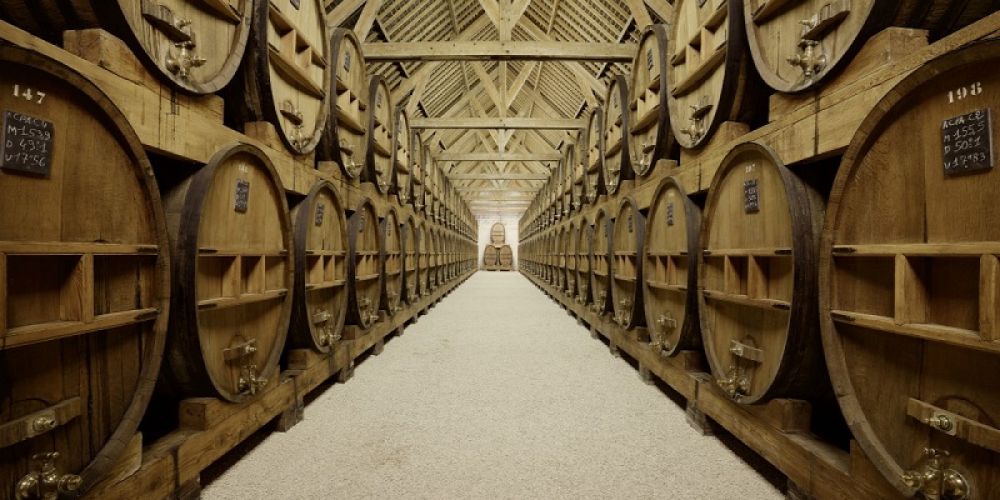 Since the 12th century in Normandy, the apple cider culture has been encouraged by the arrival of new varieties of tannin-rich apples from the Basque Country.

16th century : the history of apples was soon to be associated with that of « sidre », later referred to as « cider », which became Normandy’s most popular drink, largely surpassing the former favourite, barley beer. Largely appreciated by French sovereigns and the Clergy, cider became an art of living.

1553 : Gilles de Gouberville, a gentleman from Cotentin, was the first to record in his diary the art of distilling cider to obtain brandy for drinking.

1790 : Creation of the French geographical areas henceforth referred to as départements. History relates that this cider brandy was already referred to as « Calvados » by local inhabitants, well before the establishment of the eponymous French "département".

1942 : A decree acknowledged Calvados du Pays d’Auge as a Controlled Appellation of Origin (AOC), whereas Calvados brandies produced in other zones were granted a Regulated Designation of Origin.

1966 : The National Bureau of "the Calvados & cider and perry brandies" is created. It establishes the control of the aging accounts and implements an overall reflection around the cider-based products. It will become the IDAC (interprofessionnal association of cider-based appellations) in 2002.

1980 : Cider production was offered a new lease of life. The restructuring of Normandy’s orchards was undertaken by planting half-standard apple tree orchards, hence favouring the growing of fruit that was better adapted to suit modern agricultural techniques.

1997: Calvados Domfrontais was acknowledged as an AOC.
And today…

Around 4,000 cider apple producers own an identified orchard within a controlled Calvados area.
350 producers, distillers, traders and cooperatives hold a stock of at least one Calvados appellation. Their products are today exported in more than 90 countries across the world.