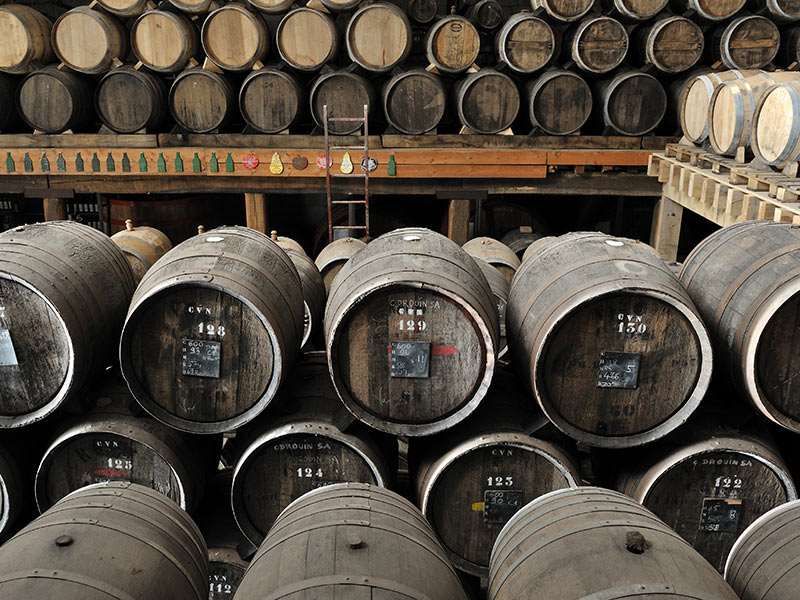 Created to put an end to the fraudulent production of Calvados in the Domfrontais region, the Calvados Comte Louis de Lauriston cellar offers the forgotten treasures from these clandestine distillations, a unique range of vintages from several decades exported to more than 20 countries. .
The Domfront region has always been the cradle of family farming bringing together small farms separated by sunken lanes bordered by impenetrable hedges. Country of bocage, with uneven ground, Domfrontais proved to be favorable to the clandestine activities; The Domfrontais saw the birth of Calvados produced quickly in winter during the nights of high winds when no one wanted to venture out to control the legality of distillation; until a certain night in 1962 when zealous agents of the Administration burst into the midst of fraudsters at work. In the next hour, neighboring farmers flocked, mysteriously alerted that one of their own was in danger. Overwhelmed by the number, the tax officials were forced to line up against the wall of a stable facing the headlights of tractors and cars arranged in a semi-circle. Seeing that things were going to turn badly, Count Louis de Lauriston, then Secretary General of the Federation of Farmers, was alerted so that he could come to the scene to find a way out of this situation. After interminable negotiations, it was agreed that the fine imposed on fraudsters would be canceled, provided that a cellar supplied by Calvados, having met all the usage obligations, is created. The Count Louis de Lauriston undertook to carry out the project.
In 1962, Count Louis de Lauriston created Les Chais du Verger Normand in Domfront to market the Calvados produced by the farmers of Domfrontais.
In 1992, the Chais du Verger Normand joined forces with CHRISTIAN DROUIN S.A. for the production and marketing of their Calvados, perries, ciders and pommeau. Within the framework of this agreement, Louis de Lauriston granted the brand "Comte Louis de Lauriston" to CHRISTIAN DROUIN by placing a condition: the quality of Calvados must be irreproachable.
In 2008, Guillaume Drouin succeeded Maurice Chevret as President of the cellar.
Located in Domfront in Orne, the cellar offers, all year round free visits for individual visitors of about 25 minutes and paying for groups of more than 20 people on the secret of making blended Calvados, vintages (house specialty), Pommeau, perries and ciders.
At the end of your visit, punctuated by a tasting of many Louis de Lauriston products, you will have the opportunity to leave with a sample of the richness of these cellars while walking through the shop.
Opening hours : All year round, Monday to Friday, 9 a.m. to 12 p.m. and 2 p.m. to 6 p.m. Saturday 9:30 am to 12 noon.